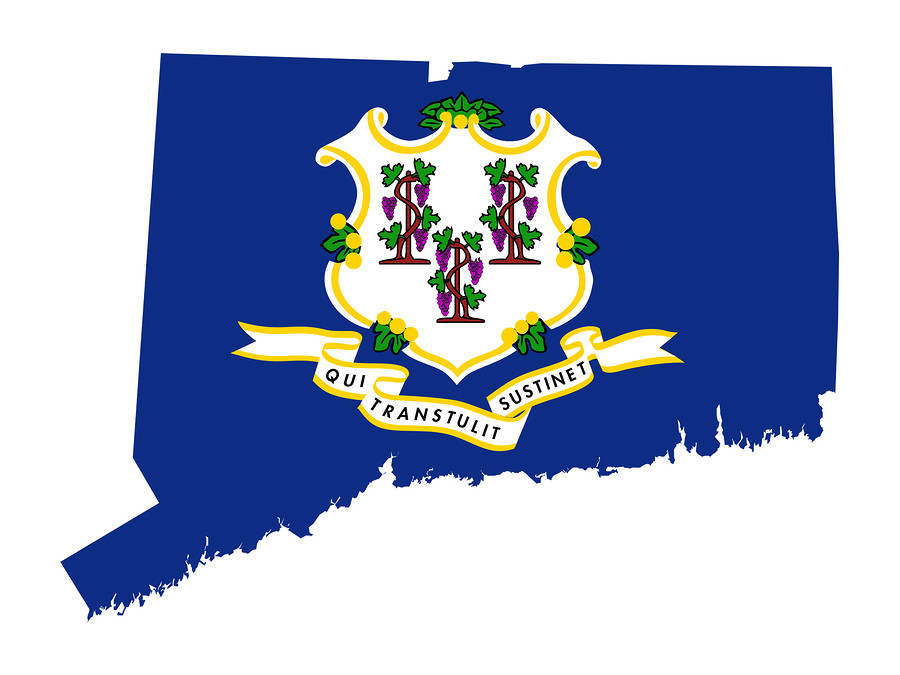 Connecticut’s nickname — well, one of them — is “The Nutmeg State.”  Why?  We are certainly not a state that grows nutmeg.  Well, it goes back to Connecticut’s commercial and shipping interests.  Ships laden with spices from Asia, South America, Africa, all came to Connecticut first.
Nutmeg comes from a tropical evergreen tree (which sounds like an oxymoron to me).  The trees grow in the Spice Islands, in Indonesia, and can grow to over 60 feet.  The fruit of the tree, according to the Encyclopaedia Brittanica, is a “pendulous drupe.”  The fruit itself is eaten by the locals; inside the fruit is a crimson-colored aril, surrounding the seed itself.  The aril is called mace, and it too is a spice.

A nutmeg tree can produce fruit three times a season.  The nutmeg seed is dried, over a two-month period, and then broken open to reveal the mace and the nutmeg.  The mace is peeled off from the nutmeg kernel, “flattened into strips, dried, and sold either as whole (blades) or finely ground powder” (this from nutrition-and-you.com).  The nutmeg kernel itself is also dried, for weeks, until the whole nutmeg can be heard rattling inside the kernel.  When the shell is finally cut open, the shriveled nutmeg kernel is dipped in lime juice, to prevent it from seeding and to protect it from insects.  The final product resembles wood.  In fact, there were rumors that Connecticut merchants would put nutmegs in the top and bottom of a barrel, filling the rest with fake wooden replicas.  And it’s just as likely that the customers — southerners, in this report from mentalfloss.com — didn’t understand that to eat a nutmeg, it must first be grated.

It was over nutmeg (well, other spices as well, but nutmeg was the most prominent one) that the Dutch and English fought for many, many years.  Those two European powers were international competitors, particularly in pursuit of spices of all kinds.  Finally in 1667, a treaty was signed, the Treaty of Breda.  The Dutch got back various spice-producing colonies in the East Indies (including the final nutmeg-producing colony in the British Empire), and the British – among other things – got New Netherlands.  You know it by its current name, New York.  And yes, the Dutch thought they got the better end of the deal.

So what is the big deal?  Well, the Chinese and Indians knew that nutmeg could help with digestion, and have a calming influence on the brain.  And it turns out, nutmeg has some psychoactive elements within it, similar to mescaline or ecstasy.  Doubt it?  Read “My Nutmeg Bender” by Wayne Curtis in The Atlantic from a few years ago.  Mr. Curtis quotes from A Dictionary of Hallucinations (if you are interested, amazon.com says they have one copy available) that nutmeg is “reported to mediate visual, auditory, tactile, and kinaesthetic hallucinations (notably the sensation of floating).”  Curtis reports that Malcolm X, in The Autobiography of Malcolm X, said that “a penny matchbox full of nutmeg had the kick of three or four reefers.”  But Curtis’ own experience with nutmeg – he swallowed a few teaspoons of freshly grated nutmeg, washing it down with water – wasn’t quite so pleasant.  Though he did say that he found the shingles on his neighbor’s house suddenly quite amusing.

Oh, right, Connecticut.  Certainly “The Nutmeg State” should now seem a more attractive nickname than “The Land of Steady Habits,” a nickname we earned (according to connecticuthistory.com) in the early nineteenth century from our propensity to “repeatedly [elect] the same officials to high office.” And then there’s “The Constitution State,” a title that was officially endorsed by the Connecticut General Assembly in 1959.  That one is based on the notion that the United States Constitution was inspired, in part, by the Fundamental Orders of Connecticut, signed on January 14, 1639.  The Fundamental Orders were adopted by the communities of Hartford, Windsor, and Wethersfield, establishing a representative government.  You can find the Fundamental Orders online, and there are fascinating aspects to them. They establish the process for electing two “generall assemblies or courts,” and a “gouerner.”  The oath of office for said gouerner is something we might consider re-adopting:  “I, being chosen to be gouernor within this jurisdiction…doe swear by the greate and dreadfull name of the everliuing God, to promote the publicke good and peace of same….”