For The Love of Baseball 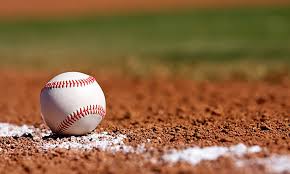 It’s April.  And that means that baseball season has begun.  This year, for the first time since 1968, every team’s season began on the same day, March 29.  And that is somewhat odd, too, to open the season on a Friday.  It used to be that the Cincinnati Reds always had the first home opening game of the season, though that had more to do with the prospects for good weather.  Cincinnati – this may be hard for some of you to understand – used to be one of the southernmost cities in the National League.

“The game begins in the spring,” wrote A. Bartlett Giamatti, “when everything else begins again, and it blossoms in the summer, filling the afternoons and evenings.”  That is from Giamatti’s “The Green Fields of the Mind.”  Giamatti, some of you might recall, was a Yale professor of English literature, and Yale President for eight years, until he was named president of the National League and then commissioner of baseball.  Giamatti says that he first wrote the piece in 1977 for the Yale alumni bulletin; he was secretary of his class, and he submitted it as class notes because “I had absolutely nothing to say about my classmates.”  It was rejected, of course, but resurrected when he became Yale president.

“As soon as the chill rains come, it stops, and leaves you to face the fall alone.  You count on it, rely on it to buffer the passage of time, to keep the memory of sunshine and high skies alive, and then just when the days are all twilight, when you need it most, it stops.”  Giamatti goes on to describe a 1977 Red Sox-Yankees game, though that specific game isn’t the subject.  It is the poetry of the game that is his subject.

About the same time that Giamatti wrote his piece, George Carlin had been delivering a masterful stand-up routine, comparing baseball and football.  A few lines from that are worth remembering:  “Baseball is different from any other sport. In most sports, the ball or object is put in play by the offensive team; in baseball, the defensive team puts the ball in play, and only the defense is allowed to touch the ball….Baseball begins in the spring, the season of new life.  Football begins in the fall, when everything is dying….Football is concerned with downs; what down is it?  Baseball is concerned with ups; who’s up?….In football, you receive a penalty.  In baseball, you make an error.”

Consider how unique the baseball park is:  Though the infields are the same throughout, the outfields throughout the game are all quite different.  Fenway Park is quirky, a metaphor for the game.  In baseball, the foul lines extend forever; a ball that is fair, is fair no matter the distance it travels, and foul is always foul.  There is no clock in baseball; 27 outs (at least) are necessary, no matter how long it takes.  Ask the 1986 Boston Red Sox about that.

Carlin might have pointed out that baseball is poetry, football is prose.  Baseball is independent of some rules, obsessive about others.  It is quirky and colorful.  Life, in fall and winter, lacks something, and that something is baseball.  It’s good to have it back.